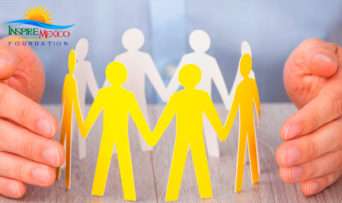 The rise in corporate interest in Corporate Social Responsibility (CSR) is not the product of chance, sometimes, neither a genuine philanthropic disposition, but rather the response of the public to certain issues that, until then, companies have not considered as part of their obligations and that affects their fame directly.

The management of that reputation is attracting more and more business attention. Prestige is a driver of value, visible through the favorable behavior it generates and its influence on the organizations’ income statement, make us even talk about the “reputation economy”.

On the other hand, the Big Data revolution will impact the fame of corporations and, therefore, their financial results, increasing the importance of their management. Companies should be proactive when talking about them and their industry, know how to add themselves to that conversation and try to be the drivers of it. The most effective way of informing the groups of interest will be through the development of authentic messages and in a personalized format for each of these groups.

Until now, interested groups have been mainly categorized into employees, customers, shareholders and regulators; In the future, the number of stakeholders will grow, their power of influence will also be greater, and the power of the <social media> will make their voice amplified. These communities can operate independently or join forces when they have common interests. These changes present a challenge to a brand new reputation, since until now the relationships were basically <one on one> and now they will evolve towards a network relationship.

Not only that, each firm or brand must be aware of the consequences that the reputation of its sector has on its own company, and understand that the fame of the industry is the result of decades of messages, which leads to businesses having some stereotypes fixed in the minds of the stakeholders. It is expected that by 2020 companies will know that the long-term impact of their actions can be enormously negative, both for them and for the sector to which they belong, and will initiate collective investments aimed at promoting a positive reputation in the sector.

Business ethics is the compass that has to align the strategic and organizational trends that are part of CSR. The importance of ethics in the business is specified in the incorporation of certain values in the company’s strategy and the transmission of these values through the company’s culture. This is called internal CSR.

Within the field of internal CSR, the company must have a special focus on creating and fostering a business culture that is present in a real and not feigned manner in all its members. If this is not achieved, CSR will be nothing more than a set of behaviors based on a code or a series of unrelated initiatives. To make it possible, business must become a source of values ​​for people. Otherwise, its members won’t get deeply involved with the values ​​of CSR, just as they won’t get fully committed to the company itself.

Human resources policies are the main focus of internal CSR; such policies must be consistent with the culture and values ​​of the company. A responsible human resources policy must take into account some of the following aspects: respect for human rights, respect for diversity, equal opportunities (regarding gender, professional progression, etc.), talent management, the recognition of contributions and merits of each person, the search for worker satisfaction, the reconciliation of professional and personal life.

As we have already mentioned, CSR is caused mainly by the demands that society itself makes; the answers of the companies can be different. At first they are limited to being reactive, they only respond to legal requirements and other types of coercion that force them to modify their activities and thus achieve certain results. This leads to a defensive philosophy, within which the company uses social actions as an escape valve against pressures, such as advertising campaigns against socially irresponsible behavior.

There are many companies that still have reactive or defensive attitudes within which philanthropic social action has a prominent place. We cannot deny that these actions have brought certain social benefits, but a true strategic CSR will be the one that contributes to the sustainable development of our country and the entire planet, besides building a solid prestige of the company, shielding it against possible attacks. To move in this direction, CSR must be connected to the strategy of the companies.